Git yer lasso and git ready for the Genealogy Records Roundup in this episode. Then I’ll show you how to improve your online security, introduce you to family history blogger Becky Jamison, and share my own person story of genealogical serendipity.

The Library and Archives Canada also recently announced the release of a new version of the online database Lower Canada Land Petitions (1626-1865).

This version includes digitized images of the actual petitions for all individuals listed in the database. Corrections to entries, including suggestions received from users, have also been integrated into this updated version. You can find the database at www.collectionscanada.gc.ca/databases/lower-canada/index-e.html.

The 1930 U.S. Census indexing project is also coming to a completion.  They will now start some new U.S. projects that you might want to consider helping out with as a volunteer. They have plans to building a nationwide marriage index. There are several projects already underway, and many new marriage projects are coming.

They have started a Civil War era initiative that will include record collections expanding before and after the Civil War, which should come in very handy.

Archives.com.
While they are newcomers to the genealogy records field, they are getting new records out there as well.

Military Personnel Records - including personnel records from the Vietnam War and Gulf War eras. They boast nearly 16 million in all, and say that these records cover individuals who served in the Air Force, Army, Marine Corps, Navy, and National Guard.

In the Vital Records category they have added Texas Birth, Death, and Marriage Records - dating anywhere from 1800 to 2011 and cover the following counties: Fort Bend, El Paso, Cooke, Montgomery, Tarrant, Burnet, Hood, Denton, and Kaufman. There are 1.4 million new Texas records in total. They have also added Colorado Marriage and Death Records from Delta County, located in the western part of the state. Over nine thousand new records have been added.

Comprehensive listing of all of these newly added records

Here in the U.S. we are already talking about records that aren’t due for another year.  Yep, we’re talking the 1940 US Population Census Schedules.

It’s still more than 9 months away, but in the time it takes to bring a new descendant into the world the National Archives will be delivering the 1940 US Population Schedules to the public.

And there are a couple of guys who have been on the forefront of this event, none other than Steve Morse and Joel Weintraub.  And Joel has been my special guest on a past Premium episode.

Of course we are all chomping at the bit to dig into the 1940 census even though there won’t be an index when it’s first released. However, the guys have put out a press release about what you can do to get ready to search, so let me give you the scoop here:

It says: “It will not be name indexed, so it will be necessary to do an address search in order to find families.  Address searching involves knowing the ED (enumeration district) in which the address is located..   The National Archives (NARA)  earlier this year indicated they had plans to make available in 2011 the 1940  ED maps of cities and counties, and ED descriptions,  but their recent move to consider having a 3rd party host all the images may have appreciably set back this timetable.

We are announcing the opening of another educational utility to help people learn about the different 1940  locational search tools on the One Step site, and information about the 1940 census itself.  It is in the form of a quiz, and should help many, many genealogists quickly learn how to search an unindexed census by location.  The new utility is and is called "How to Access the 1940 Census in One Step".  Not only is it informative, we hope it is entertaining.”

But there’s still another way to prep for the big release, and that is to learn more about the 1940 enumeration process and the national Archives has released four short videos created by the US Census Bureau prior to 1940 that were used to train enumerators on their general duties and responsibilities, as well as the correct procedures for filling out the 1940 census.

1940 census playlist at the national Archives channel at YouTube.

The British Library is one year into its plan to digitize 40 million news pages from its vast 750 million collection, housed in Colindale, north London. According to their recent press release, this Fall, the library will reinvent its cavernous vaults as a website, where amateur genealogists and eager historians will be able to browse 19th-century newsprint from their home computer.”

Also recently announced by The British Library in conjunction with Google is their partnership to digitize 250,000 out-of-copyright books from the Library’s collections.

Once digitized, the collection will be available for full text search, download and reading through Google Books, as well as being searchable through the Library’s website and stored in within the Library’s digital archive.

Selected by the British Library and digitized by Google, both organizations will work in partnership over the coming years to deliver this content free through Google Books  and the British Library’s website (www.bl.uk). Google will cover all digitization costs.

The project will digitize a huge range of printed books, pamphlets and periodicals covering a large time span - 1700 to 1870. It will include material in a variety of major European languages, and they will be particularly focusing on books that are not yet freely available in digital form online.

Deceased Online website is sporting some new records: 313,000 records for Edinburgh’s Seafield Cemetery and Crematorium and for Warriston Crematorium. Also, by early August www.deceasedonline.com will have added another 1.25 million burial and cremation records from the north of Scotland to South Devon.

GEM:  Citing Sources
Sean writes:  “One strategy that I have recently begun when posting data to my genealogy blog is to include footnotes and reference lists showing what sources were used to find the data.  This isn't a difficult task at all, since all of the data and the source citations are in my local RootsMagic database.  So, all I need to do is to copy/paste the source information when I paste the data into a blog post.  An example of this strategy is in my recent post about our Curtis line that I posted.

If more genealogy research blogs listed their sources with the data, we would all benefit from the shared research even more.”

GEM: Supporting this Free Podcast
Richard in California wrote in to ask if the new so-called Amazon Law is impacting Genealogy Gems. Good news: You can still support the free podcast by clicking our Amazon icons and links 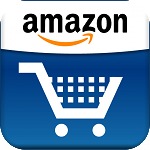 GEM: Getting off Spooky Spokeo

You remember earlier this year that I told you about a new website called Spokeo, a people search engine that organizes vast quantities of white-pages listings, social information, and other people-related data from a large variety of public sources. They say that their mission is to help people find and connect with others, more easily than ever.  And that they certainly do.  In fact I remember calling the site a bit spooky they way it so readily gave not only information but photos and all kinds of their data on people that you search.   But of course, that makes it a go to site when it comes to finding long lost relatives.

Della wrote in about her experience with Spokeo and a few questions about online security. She writes:

“I do not want my name and all my personal information showing up on any site where someone has evidently gathered the information from the public domain and is offering it to the public either for free or for a charge…How do I opt out of my name even appearing on this site?”

It is no wonder that identity theft occurs and that the occurrence is rising.

Della is obviously concerned about her privacy and in this technological age, managing our online presence has become an issue that all of use should keep in mind.

In reality it’s not really that Spokeo is reaching into areas that were previously forbidden.  Here in the U.S. we have always had public information.  I think the real difference is that the Internet offers information vendors a hugely accelerated method for delivering that information.  It used to have to be compiled in books and updated at a very slow pace.  Or even more difficult you had to make a personal trip to the location where the information was held, and of course back in the day, few people would have ever bothered.  But the information has always been available.

The one exception that comes to mind is Facebook, Google+, Twitter and other social media websites.  These didn’t exist in the past, however, the only reason personal information, photos or what have you are there, is because WE put it there.

And putting info out there isn’t necessarily bad.  It’s just that with that freedom comes responsibility to manage and protect it appropriately.  Tweaking the security settings can make a huge difference in what’s available publicly.  And the new Google+ seems to really have made that quite a bit easier.  Facebook could learn a few lessons about making it easier for folks to manage their security.  The features are there, but it can take a bit of digging to find them and change them.

But let’s get back to Spokeo.  I 100% agree that if you don’t want all your data so easily searched on the site, there should be a way to manage that, and I’ve done a bit of research on this and you can.

To request that Public Information about You be removed from Spokeo.com people searches, you’ll need to use their “Remove A Listing” tool at http://www.spokeo.com/privacy.  This page also contains information about sending written requests for removal.  This process is only intended to remove information available through Spokeo.com and cannot remove the information from the third-party public sources, such as phone books, and government websites.  And as I said, information is public from a wide range of sources and it’s computer databases and Internet search and delivery that makes it seem like there’s so much more than there used to be.  In that respect Spokeo is the messenger.

Julie also wrote in about Spokeo to say

“Yes, that is spooky-o, because I found myself, address, and even a Google earth picture of where I live, and I'm a survivor of domestic violence still unable to escape my ex-husband after 30 years of divorce.”

And Julie’s concern is totally understandable!  These types of sites are a double edged sword to be sure, and the emphasize the fact that information has always been public - it's just now they make finding it much easier.

TIP:  If you have a camera with a GPS setting then your photos have geographic location tags attached to them. When you post those photos online, strangers will not only see your photo but they will also see exactly where you were at the time you took the photo.  This is especially important to remember if you are posting photos you took at home on Facebook or other sites.  Check your camera instruction manual for information on how to turn off that feature when it’s not needed, and you’ll have taken an important step toward taking responsibility for your online presence.